Performing CPR: When Your Story Gets Killed 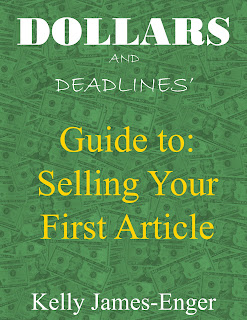 It’s happened to just about every freelancer I know. You got the assignment. You researched the piece, wrote it to your editor’s specifications, and turned it in on deadline. A week or two later, the editor requested a rewrite, or maybe two. But the end result was unexpected, and undesired. Your piece got killed.
What’s next? How do you perform CPR to a dead story?
First, ask why. Having a story killed is unfair. At least it feels that way. But be honest with yourself. Did you give the editor what she asked for? Did you follow her the terms of the assignment, or was yourstory subpar? If you dropped the ball, admit it. Offer to rewrite the piece if you haven’t already--better to collect the full fee for an assignment, and have it run, than a kill fee. (Kill fee provisions vary but the idea is that they pay you a percentage of the assignment--often one-quarter to one-third of the original fee--and rights revert back to you.)
If you didn’t, well, it’s okay to be angry--especially when the piece was killed through no fault of your own. Stories are killed for unfair and nebulous reasons. Some editors routinely over-assign and then kill the stories they decide they don’t want. Sometimes your assigning editor leaves the magazines, “orphaning” your piece. His successor may decide to go in a new direction, and kill stories assigned by his predecessor. (This has happened to me several times at three different magazines.)
Sometimes an editor sits on a piece too long and then decides it’s no longer timely. (That’s happened, too.) Sometimes the editor changes her mind about what she wants, or her higher-up does. Sometimes they both do. You can’t control any of these scenarios but you can ask that the editor pay the full fee.
While a kill fee provision is created to protect the writer (you get paid at least a little for your work), it shouldn’t be used without good reason. If you met the story specs, you should get paid the full fee, and I’ve argued this point (and know other writers who have as well). Alas, editors almost always fall back on the kill fee clause and refuse to pay the full fee.
Now what? Pitch the piece elsewhere. Don’t tell the editor you’re querying that it was written and assigned and killed by someone else, possibly one of her competitors (even though you may want to!). Just pitch the piece as if you just came up with the idea, and see if another editor will bite. If so, you may be able to sell the piece you already wrote. If you do have to write a different piece, don’t be afraid to pull from your earlier research; when a publication kills a piece, all rights to it revert to you.
Ideally you’ll be able to sell the piece to another market and negotiate a better deal for your story. I’ve had about a dozen stories killed over 15 years and managed to resell all but one to other markets, which meant that I made up for the lost fee--and even made more for several stories, which meant that being killed actually boosted my pay!
Even if you can’t don’t take a piece being killed as a personal attack. If you know you did a good job and met the terms of the assignment, chalk it up as bad luck--and consider whether you want to work with that particular editor again.

****This post was drawn from Secret 38, Perform CPR, from Writer for Hire: 101 Secrets to Freelance Success. And don't forget that my series of Kindle e-books for freelancers are still available for only $2.99 for a limited time. Dollars and Deadlines' Guide to Selling your First Article gives you a simple blueprint to follow to break into print or pixels, and Dollars and Deadlines' 10 Essential Freelance Templates provides you with the 10 documents you need to start freelancing.